Image My wife got me the best gift for my 30th!

Question Who would win?

General Discussion What if we are witnessing the path of Mr. Poopybutthole becoming evil?

Question "Good news, everyone" Who is more innovative?

How did she get there!?

Rewatching Adventure Time, and I realize how much of Rick and Morty was inspired by it

There are so many little things, but in S6 E40 “Orgalorg” it really hit me when they described Orgalorg as “breaker of worlds.” The details seem so minute they’re almost coincidental, but when you realize that Justin Roiland had such a large part in the series and voiced so many characters, it’s hard not to think they stole “little bits and pieces,” thinking it would go unnoticed. The lonely story of Simon relates a lot to Rick, and even the whole idea that magic leads to sadness and madness used in AT is applied to science in R&M. Plus the whole “silly cartoon framed around very serious plot points.” It’s just dissapointing.

Art Stuff RICK IN REAL LIFE. I created this art of Rick with Midjourney and Studio D-ID, along with dialogue from the show.

Question If there are infinite realities and universes with infinite Ricks then wouldn’t there be infinite Citadels?

Video Is it just me or was S3 E7 fire

GIF Even Jerry Smith, the punching bag of the series gets it.

General Discussion By far, one of the biggest mysteries in the show.

UFC heavyweight Derrick "my balls was hot" Lewis. Talks about his love for Rick and Morty and the recent changes of the show at the end of his ufc interview https://youtu.be/Mf16aJ4rHDI

Question Is there a playlist with all the songs from the show?

I just heard “Do you feel it” by Chaos Chaos and I’m digging it.

Anything comprehensive available online or Spotify?

GIF I don't think this joke got enough appreciation.

I restarted watching the show like I usually do when I'm bored and noticed some things...

I'm probably reaching with half the things I say but to me it makes sense so bare with me.

It has come out that Justin Roiland has been messaging underage girls and also that he reportedly had been turned on during the child s*x scenes in Rick and Morty, there is a LOT in season 1.

First off there is the Summer scene in episode 1 or episode 2 depending if you're counting the pilot, in which she shakes her boobs around in kinky clothing.

Second, there is the Anatomy Park kissing scene and in the same episode RICK says the young girl has a puffy vagina...

And lastly there is the infamous King Jelly Bean scene, basically he tries to rape Morty and gets beat up.

Not sure why I did this, I was bored as fuck at work so please don't shit on me for this. It's 8 am and my mind wanders in the morning, bye.

Question Looking for female Rick and Morty fans (not a creep)

I'm a journalism student and female Rick and Morty fan. I'm currently writing an article about female fans of Rick and Morty reckoning with the onslaught of allegations against Justin Roiland, questioning if the show can still be funny given the context of the show's potentially misogynistic jokes. Please let me know your opinions, positive or negative. I'm here if you need to talk.

My primary questions are below but any further thoughts/insights are appreciated.

- Did the allegations against Roiland surprise you?

- Do you cringe at the faux-feminism in the show?

- Have you ever found it offensive?

- Have you ever found Rick attractive, why/when?

- Do you see the show differently after the allegations?

- Will you watch the new seasons?

- Is it still funny?

- Can you be a feminist and still like Rick and Morty?

Screenshot In an infante multiverse, there has to be an infinite number of citadels, but I've argued with some fans who've said there's only one. I rewatched The Ricklantis Mixup and noticed Juggling Rick said the following, implying there are others.

Aw jeez guys I just wanna move to a different reality where Rick and Morty can continue without all this scandalous bullshit. 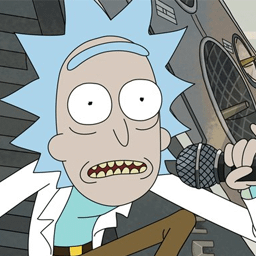 This is the subreddit for fans of Dan Harmon & Justin Roiland's animated series, Rick and Morty.